JDog Junk Removal & Hauling Humble is a Veteran and Military family owned and operated junk removal and hauling company. We serve our residential and commercial customers the Military way – with Respect, Integrity & Trust. 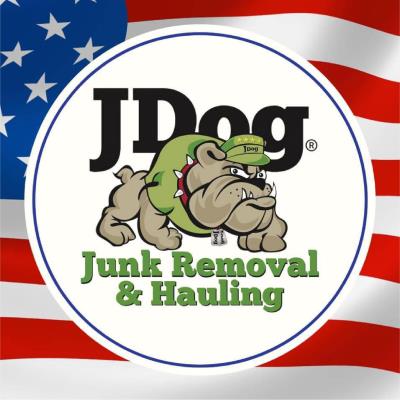 Dennis and Katie were married shortly after Dennis graduated from Navy boot camp. He served 20 years as a Hospital Corpsman primarily with Marine units. During that time, they were able to build a family and travel the US and world together. Texas had long been considered home. After retiring in 2008, they moved to Humble to be near family.

Dennis continued working in healthcare administration but wanted something to satisfy his entrepreneurial spirit. So, he started a business as an independent consultant. However, there was large amount of time that was spent working away from home.

Dennis and Katie have always wanted to have a business of their own so they could work together and build something that can be passed on to their children. As a result, they looked for opportunities that would enable them to serve the local community. They are very excited to be a part of the JDog Team to serve the community and help reduce veteran unemployment.