All Texas adults are eligible for the vaccine starting this Monday, March 29. This makes Texas the largest state to open vaccines to all adults. As of today, the Lone Star State is closing in on 10 million doses being administered. Texas is following the lead of Alaska, Arizona, and Mississippi who have previously made this announcement. It is important to remember the timeline here – the Biden Administration has said there will be enough vaccines for every adult American to have a shot by the end of May.

Colleges across Texas are touting their reopening plans for this fall. This past week Texas A&M announced their plans for a “near normal” fall semester in-person instruction. This follows University of Houston (although still some hybrid) and Texas Tech making similar announcements following the Governor’s executive orders.

20 days after Governor Abbott’s executive orders -- hospitalizations continue to decline steadily. Additionally, according to DSHS, the average number of new cases in the state plummeted by almost 2,199 over the past two weeks, which marked a significant 36% drop. We currently have 3,410 Texans hospitalized which is down from 14,218 in the peak of January.

The Administration is now aiming to achieve 200 million total shots instead of 100 million by April 30th. The country is on track to reach that target, with an average of more than 2.5 million doses being administered per day. However, in Biden’s first formal press conference he was asked zero questions about covid-19 and there was no mention of Operation Warp Speed’s success from the prior administration.

Pfizer/BioTech begin to study vaccine for children. Moderna had already begun their pediatric study. Results can be expected the second half of this year. The findings are not only expected to have implications for school re-openings, but it will also be a part of the larger conversation surrounding annual shots (similar to the flu shot) and the potential for true herd immunity. 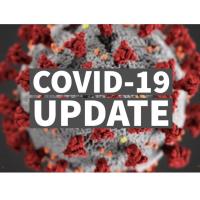